Review of THE MOST BEAUTIFUL WOMAN IN FLORENCE: A STORY OF BOTTICELLI by ALYSSA PALOMBO
(review based on an advance reading copy)

Based on real history, this story follows Simonetta Cattaneo, reputed to be the most beautiful woman in Florence as well as the muse for Botticelli’s famous painting The Birth of Venus.

Each character, especially Simonetta, feels remarkably real and complex. Many of the main characters are taken from history, but Palombo does an excellent job filling in the blanks and developing these historical figures into real, believable people. I also admired the relationships. With nuanced characters comes more opportunity for an examination of how so many different personality types interact with each other.

In particular, I liked the relationship between Simonetta and her husband. This book is focused on Simonetta’s relationship with Botticelli, but with Simonetta’s marriage Palombo shows how relationships can morph over time. At the end of the book, I couldn’t help comparing Simonetta’s clean-slate introduction to her future husband at the start of the novel to their more complicated relationship by the end.

Above all, though, I adored Simonetta’s character. I ached for her. She’s a woman born in the wrong time, for certain. She wants to be appreciated for her mind more than her body, but many swoon over her beauty while considering her intellect a bonus novelty in an attractive woman. She’s starved for intellectual conversation because few deem it appropriate for her. She also craves independence in a time when such was scarce for women. While she carves out a place for herself as best she can, there’s a touch of tragedy from the beginning that her life will never be what she really wants.

I loved this novel from the very first page. The beautiful prose pulled me in and the vivid characters and complex relationships held me riveted to the end.
Posted by Rachel Hanley at 7:00 AM No comments: 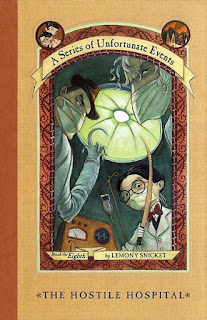