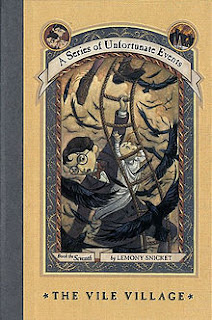 This is the first book that I’ve re-read that didn’t live up to my memory. I think perhaps I mix up chick lit novels, since they’re very formulaic. Maybe I confused this one for another that I liked more, but the point is that I questioned why I thought it worthy a re-read. I debated whether or not to even review it here since I have so many criticisms, but ultimately decided that I did still enjoy it. Despite a plethora of intellectual complaints, I would still recommend the book to someone looking for some pure fluff reading without much substance.

When Jennifer’s materialistic, corporate father cheated on and abandoned her mother Jennifer took her mother’s side. Her mother, Harriet, raised Jennifer alone and filled her head with environmental ideals, some business savvy, and a lot of badmouthing about her father. Jennifer hasn’t seen her father in fifteen years when Harriet pressures her into going undercover in his company as a business student. Harriet suspects some shady doings and relishes the opportunity to take down her ex. However, as Jennifer finally comes closer to her father, she learns that perhaps her mother wasn’t telling her the whole truth.

My complaints about the book are numerous, but can all be boiled down to superficiality. There’s a lot of stock put into appearance as well as concepts like “re-branding” yourself to win a potential romantic prospect. There’s a sense of the men knowing what’s going on while the women run around messing things up until the men explain everything. There basically wouldn’t be a plot if the characters simply communicated with each other like emotionally healthy, mature adults. Characters who, by the way, feel flat, more like puppets for the plot, a plot that often feels contrived, forced into twists that don’t seem organic. There are lots of info dumps and the sexual scenes read far more awkward than steamy.

Despite all this, though, there’s also a lot of humor. As one example, the business students repeatedly enjoy putting their professors on the spot by suggesting condoms whenever the professor requests a sample product to discuss selling. Cue innuendo.

This is a flawed novel to be sure, but if you’re looking for some light entertainment reading it will certainly do the trick.
Posted by Rachel Hanley at 7:00 AM No comments: