A SONG FOR SUMMER 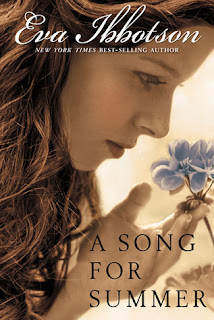 Review of A SONG FOR SUMMER by EVA IBBOTSON

As is often the case, Ellen didn’t turn out the way her family expected, or wanted. Her suffragette mother and aunts feel dismayed that Ellen embraces all the feminine ideals they reject: cooking, cleaning, cultivating calm in a chaotic home. She brings these missions with her when she starts working at an Austrian school for the arts. She tames the wild children and brings order where previously there was none, all while falling for the mysterious part-time help Marek, who is already plenty occupied shuttling people out of Nazi occupied territory.

A SONG FOR SUMMER starts a good conversation about feminism and what it means to be a strong woman. I’ve always believed that it’s about choosing your own path and resisting outside attempts to steer you in other directions, whether it be by those telling you be more traditional or those telling you to be less so. It’s all the same really: people telling you the right way to live your life. Only you can decide what’s right for you.

Ellen’s interest in the domestic isn’t described as a simple draw towards the familiar route, either. She has a mentor she admires, a woman who takes care of her uncle. For Ellen, it’s about being a good person, (Yes, that familiar ideal from Ibbotson’s works.) about providing for others for the greater good without expecting or requiring fanfare for all the effort.

This book probably has the least happily ever after of all Ibbotson’s young adult historical romances. As a warning, the rest of this paragraph contains very minor spoilers. As with the other novels, the romantic tension eventually bursts into a passionate display that then settles into true love and riding off into the sunset. Except in this one, there’s a Part Two to the book. As Ellen and Marek are readying themselves for their idyllic future together, the Nazis burn down Marek’s family home and idolized sanctuary, killing those inside. Marek becomes consumed with hate and revenge and turns into someone Ellen can’t be around. So Ellen marries someone else, someone she doesn’t love, but who provides her with the financial means to help others fleeing Hitler’s Reich. Marek and Ellen do eventually find each other again, but it’s years down the line after plenty of heartache and sacrifice. Ibbotson fled from the Nazis herself long before she started writing these books, so I interpret the fact that this novel is slightly darker than her others as indicative of the period about which she’s writing. I suspect for someone having lived through Hitler’s Reich, it’s difficult to portray a simple happily ever after around that time without giving more weight to the horror of the era.

As with all Ibboton’s works, I adore the large cast of varied characters. My favorites in this one undoubtedly include two children, the soft spoken Sophie who is growing into her own bravery and the cynical Leon, who is far less cynical when he’s around Sophie.

Though a bit more psychologically complex due to the war in the background, this novel is yet another sweet, funny romance that will warm your heart.
Posted by Rachel Hanley at 7:00 AM No comments: 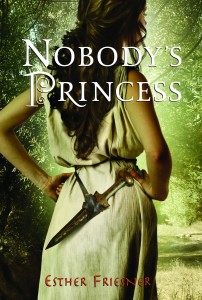 Review of A COMPANY OF SWANS by EVA IBBOTSON

Harriet has lived a dreary, dull life penned up with her conservative father and aunt in 1912 Cambridge. They permit her one indulgence, ballet, but certainly neither approves of the art. Then someone offers Harriet a place in his ballet company set off for a South American tour. It seems the adventure she’s dreamed of all her life, except her father would never allow it. Given a choice between submit and rebel, Harriet goes against her good girl instincts and chooses rebel. She sneaks off to join the company against her father’s wishes and finds a happiness exceeding her wildest dreams. Of course, her father and the man he hoped Harriet would marry are determined to bring her home, ideally ashamed and contrite.

With this premise, Ibbotson delivers another complex and engaging young adult historical romance. Ibbotson’s books are very similar and many of my comments remain the same despite the specific novel. That all said, if the books are formulaic it’s a successful formula and I would happily read as many as she could write.

Each book features a wide and diverse cast and, though having a big cast may be a commonality, Ibbotson makes each character unique and plenty surprisingly layered. In A COMPANY OF SWANS, I particularly like Marie-Claude, a gorgeous dancer who many, men especially, wish to peg as a loose and simple harlot for her enviable curves and mermaid-like, long, blonde hair. Except Marie-Claude already has a fiancé to whom she’s devotedly committed and, thankfully, her intelligence isn’t inversely proportional to her looks either. Part of why I like this character so much is because authors often fall into a trap of making their heroine the most, or worst – only, likable female in the book. It shouldn’t detract from one woman’s strengths to acknowledge other strong women.

Another trend throughout these novels is that the heroines are rather interchangeable. Though they have different hobbies, their general outlook and personality are the same. Harriet is young and naïve, but also smart, considerate, passionate, and not someone to underestimate merely because she’s growing into herself. All the books feature a much older romantic interest who’s drawn to the heroine for her refreshing innocence and purity. That may be the only thing that irks me a little in these books: the importance placed on “purity.” In defense of the novels, the author seems to mean more of a purity of spirit: being a good person. That said, sometimes the heroines are such good people that they seem annoyingly Mary Sue. I like the parts when one of them has to battle a negative emotion like resentment or jealousy more than when the character seems too wholesome to feel such petty emotions.

I intensely admire how Ibbotson describes characters’ appearances. She has so many distinct ways of crafting an image in the reader’s mind, and she uses vivid, unusual words for writing about features rather than simplistic descriptions like “big nose” or “brown eyes.” In general, Ibbotson claims an utterly unique writing style. Some works are more about plot than writing, but I believe I could pick out Ibbotson’s writing from many random samples. Her writing can be wordy and indulgent, but always endearingly passionate and heartfelt.

Sadly, Ibbotson only wrote five of these delightful young adult historical romances. Additional reviews to come, though other than plot descriptions you will find much of my commentary on these books the same for all.
Posted by Rachel Hanley at 7:00 AM No comments: 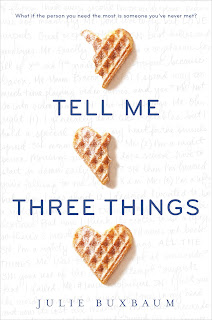