THE BOOK OF TOMORROW 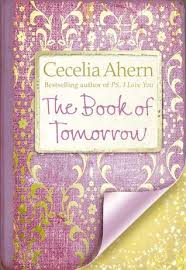 In PRINCESS SONORA, Levine spins a new version of “Sleeping Beauty.” One where her fairy gifts annoy the king and queen more than please them. They want a normal, healthy daughter, one they can watch grow from infant to woman and develop into her own unique individual. Well, the gifts make Sonora magically extraordinary but sometimes the royal couple longs for a more average child. That said, the gift that really drives everyone in the kingdom crazy is the one that makes Sonora ten times smarter than anyone else in the world.

Of course, the gift that worries everyone (even baby Sonora because she’s so smart she understands everything) is when the snubbed fairy Belladonna curses Sonora with inevitable death by finger prick. As the story goes, another fairy intervenes and changes death to 100-year sleep. Everyone thinks Sonora cries at that because she’s a baby, but she’s bawling so much because she doesn’t want the world to change around her while she takes the longest nap ever.

Thanks to Sonora’s incredible smarts, the kingdom develops its own catch phrase: “Princess Sonora knows, but don’t ask her.” Whenever anyone anywhere asks something that no one can answer, that’s the joke. For to ask Sonora a simple question means to invite a lecture expounding on a subject far more than one ever intended.

As Sonora matures, her parents start seeking potential suitors, each with their own list of wonderful fairy gifts crafting their perfect personalities. Sonora detests them all. Perfect on paper, lacking in person. Carson does a stellar job in pinpointing what Sonora needs in a partner. She likes to answer questions...so she needs someone who likes to ask them.

Another cute, witty installment in this middle grade series of fairy tale retellings.
Posted by Rachel Hanley at 7:00 AM No comments: 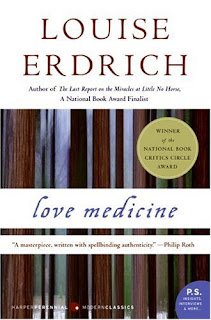 Lorelei would be a helpful person if she could, but she’s tragically too fragile to be much help with anything! Since infancy, injuries and illnesses have plagued her, often brought on by the smallest, most unexpected, variables. Though she’s a kind person at heart, she seems selfish and lazy to some because she spends so much time lying about recovering from her latest ailment. Now what fairy tale would a finicky girl like this find her weakness to be a weird strength? Why, “The Princess and the Pea,” of course!

Levine delivers another short, sweet spin on a familiar story. These fairy tale retellings for young readers stand out from many similar stories by avoiding any didactic tones. Levine isn’t preaching anything here. There’s no moral at the end of the book, or simple structure with good people and bad people, the former rewarded at the end and the latter punished. The tale’s a bit (delightfully) wacky at times, but never didactic.

I read these as a young girl and would highly recommend them for beginner readers, but they’re also one of those pleasant surprises that hold up as an adult. The stories are simple and young, yes, but fun and smart, too.
Posted by Rachel Hanley at 7:00 AM No comments: