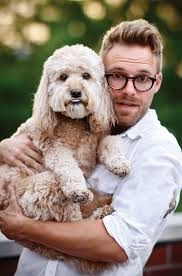 Seth Casteel is an award-winning photographer and the author of the New York Times best selling books UNDERWATER DOGS and UNDERWATER PUPPIES. Seth lives in Venice, CA. He loves 80's music and is a fan of the DeLorean automobile. He plans to one day go back in time, and change nothing. His rescue dog, Baby Nala, has accepted the fact that she will be photographed every single day. People often say that Seth and Nala have similar hairstyles.

What first sparked your interest in photography? 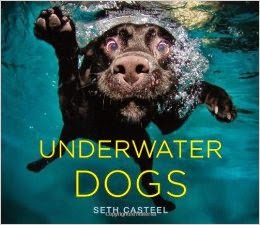 What do you love the most about photography?

To tell a story and to create awareness through a single picture.

What are your passions? 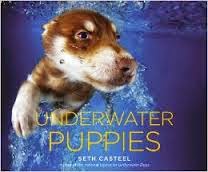 How was UNDERWATER DOGS born?

Do you have any advice for aspiring photographers?

Take chances and pursue a subject that you are passionate about!

Is there anything else you would like to tell us about yourself?

I have a secret obsession with dragonflies!
Posted by Rachel Hanley at 7:00 AM No comments:

THE OPPOSITE OF LONELINESS 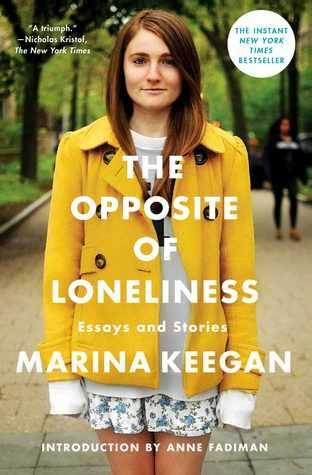 Gender equality has always been an important issue to me. You see bias (of all types and directions) everywhere, but I feel infuriated when sexism sneaks up on me in what I hoped would be a relaxing read.

The Bechdel test is used for quickly assessing gender bias in a work of fiction, whether a novel, movie, play, television show, etc. It’s named for Alison Bechdel, a cartoonist who had one of her characters in a comic strip first express this idea. The test is very simple. If the story doesn’t meet three criteria, it should take a good look at how it represents women. The criteria are:

1.     There are at least two female characters... (Some interpretations of this test specify that the characters should be prominent enough to at least be named.)
2.     ...who speak to each other at some point during the story...
3.     ...about something other than a man.

My first reaction to this was: That’s all? Yet statistics on how many books, and especially how many movies, fail this test are shocking...which means we’re still reinforcing unvoiced messages that women don’t have or deserve a voice. Any woman, and I should hope most men, know women talk about plenty of other things besides men: non-romantic relationships (friends, family, co-workers), intellectual discussions, aspirations. The list is limitless. So why does the scope of women’s conversation in some stories feel so limited?

A story can pass the Bechdel test and still contain sexist content or messages, but it's a fast, easy way to take stock of how frequently women are dismissed in fiction. So next time you read a book, see a play, or watch a movie keep in mind the Bechdel test. Even stories I've loved sometimes fail this. I rarely enjoy something without any female characters, but you would be surprised to count up how many feature only one prominent woman among a cast of men.
Posted by Rachel Hanley at 7:00 AM No comments: 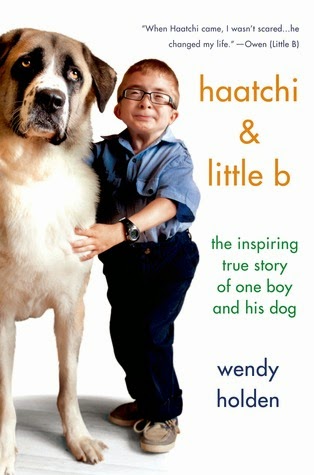