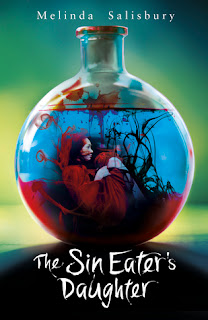 Twylla is her kingdom’s executioner as well as the future queen. Her bare skin has the power to kill anyone who touches her, with the exception of the royal family thanks to their superior blood. She is betrothed to the crown prince and, in the meantime, utilized by a vicious queen for murdering traitors, not to mention scaring everyone else into submission. Then the queen assigns Twylla a new guard, a too friendly guard with a habit for asking questions he shouldn’t.

For me, this turned out to be a trust-the-author book. By that, I mean that all of my criticisms were eventually explained to my satisfaction. Everything fits together; everything has been considered. Even what doesn’t make sense now will fall into place at the right moment. I want to avoid spoilers, so I can’t be as specific as I want, but let me list some examples. The queen seemed at times over-the-top evil, but later her character made perfect sense to me. Also the magic system had weak points, but the questions I asked turned out to be extremely relevant to the plot.

I really connected with the characters emotionally and felt intensely affected by their excruciating circumstances and decisions. I’m a critical reader, but I can’t wait to rave about this book, primarily because it made me feel. When you read as much as I do (and write and study the craft of writing, including how to dissect a story into structural pieces) well, it becomes harder and harder to be surprised and, more importantly, to be moved. That’s all the more reason I’m impressed when a book really gets me.

THE SIN EATER’S DAUGHTER, first in a series, does end on a bit of a frustrating cliffhanger, but resolves the most important threads. I am thoroughly invested and can’t wait to see where this story takes us next.